Studies have consistently shown that one of the most effective ways to boost a nation’s economic output, enhance productivity, and improve the overall vibrancy of society is to invest in the leadership capabilities of girls and women. 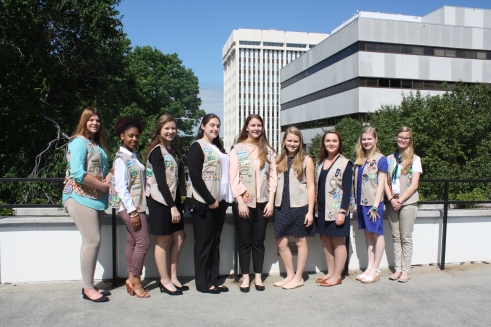 The day was also filled with remarks from Secretary of State Elaine F. Marshall where she encouraged the girls to be bold, pursue their dreams, and be fearless in the face of challenges – and although Marshall wasn’t a Girl Scout when she was growing up she served as a volunteer in an advisory capacity and remains a strong supporter of Girl Scouts. 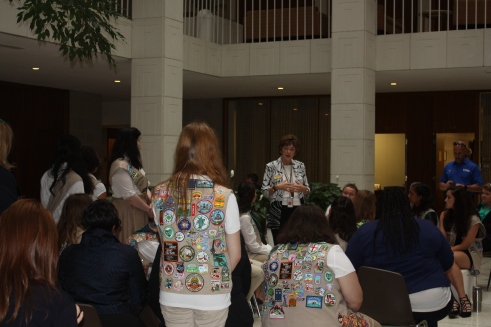 Additionally, Girl Scouts attended Senate and House sessions and received introductions from House Rep. Boswell and Sen. Barringer and received a standing ovation from the floor for their continued leadership and in making the world a better place. 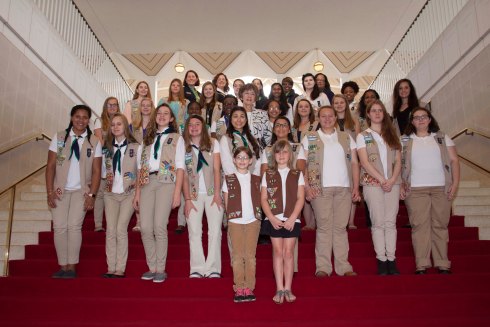 Girl Scout Gold Award recipients, who have received the highest award in Girl Scouting, met with North Carolina Governor Roy Cooper that afternoon, where they received a state-wide proclamation in honor of Girl Scouts and the Movement’s commitment to building girls of courage, confidence, and character. 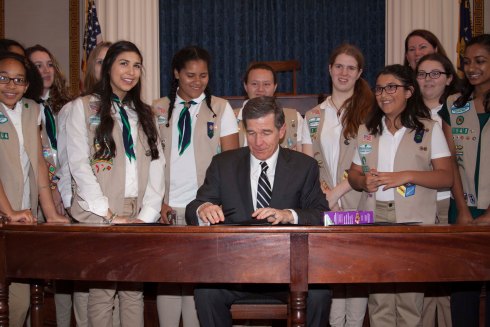 Girl Scouts has provided transformative girl-led programming for over a century and helps every G.I.R.L. (Go-getter, Innovator, Risk-taker, and Leader) discover her strengths, pursue her passions, and explore the world.