Ah Summer! A time to unwind by the pool and stay cool during those hot and humid months. What better time to put down the textbooks and dive right into an engaging story?

We have gathered up some great summer reads for Girl Scouts that are looking for girl powered stories. All of the books have strong female characters that show their true G.I.R.L. (Go-getter, Innovator, Risk-taker, and Leader). The female leads within the books have life-changing leadership opportunities, develop a strong sense of self, engage in innovative problem-solving, show fearlessness in the face of adversity, and demonstrate inclusion and collaboration across all facets of their lives – just like a Girl Scout!

*Please be advised that content may not be suited for all ages. It is ultimately up to the guardian and girl to determine what books and reading material are of interest and appropriate.

Rosie may seem quiet during the day, but at night she’s a brilliant inventor of gizmos and gadgets who dreams of becoming a great engineer. When her great-great-aunt Rose (Rosie the Riveter) comes for a visit and mentions her one unfinished goal—to fly—Rosie sets to work building a contraption to make her aunt’s dream come true. But when her contraption doesn’t fly but rather hovers for a moment and then crashes, Rosie deems the invention a failure. On the contrary, Aunt Rose insists that Rosie’s contraption was a raging success: you can only truly fail, she explains, if you quit. 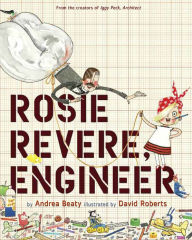 When Grace’s teacher reveals that the United States has never had a female president, Grace decides to be the first. And she immediately starts off her political career as a candidate the school’s mock election!

Author Kelly DiPucchio not only gives readers a fun introduction to the American electoral system, but also teaches them the value of hard work, courage, and independent thought–and offers an inspiring example of how to choose our leaders. 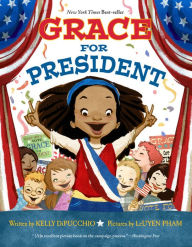 Welcome to summer camp for detectives! The kids can’t wait to spend a week following clues and learning about the science of crime solving. Soon all the campers are working on a mystery. But while Dink, Josh, and Ruth Rose are figuring out their part of the puzzle, they stumble onto something suspicious. Could a real crime be happening at detective camp? 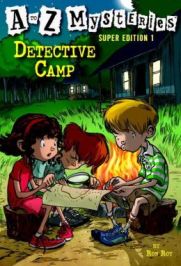 Do not panic. Lord Thistlebottom’s Book of Pitfalls and How to Survive Them has taught Roxie Warbler how to handle all sorts of situations. If Roxie’s ever lost in the desert, or buried in an avalanche, or caught in a dust storm, she knows just what to do. But Lord Thistlebottom has no advice to help Roxie deal with Helvetia’s Hooligans, the meanest band of bullies in school.

Then Roxie finds herself stranded on a deserted island with not only the Hooligans but also a pair of crooks on the lam, and her survival skills may just save the day — and turn the Hooligans into surprising allies. 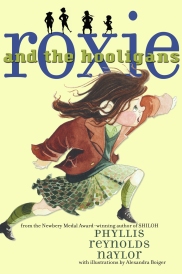 Meet Princess Cimorene–a princess who refuses to be proper. She is everything a princess is not supposed to be: headstrong, tomboyish, smart…and bored. So bored that she runs away to live with a dragon. And not just any dragon, but Kazul–one of the most powerful and dangerous dragons arounds. Of course, Cimorene has a way of meeting a variety of interest characters, and soon she’s coping with a witch, a jinni, a talking bird, a stone prince, and some wizards.

Fourteen-year-old Joan Skraggs, just like the heroines in her beloved novels, yearns for real life and true love. But what hope is there for adventure, beauty, or art on a hardscrabble farm in Pennsylvania where the work never ends? Over the summer of 1911, Joan pours her heart out into her diary as she seeks a new, better life for herself—because maybe, just maybe, a hired girl cleaning and cooking for six dollars a week can become what a farm girl could only dream of—a woman with a future. Newbery Medalist Laura Amy Schlitz relates Joan’s journey from the muck of the chicken coop to the comforts of a society household in Baltimore (Electricity! Carpet sweepers! Sending out the laundry!), taking readers on an exploration of feminism and housework; religion and literature; love and loyalty; cats, hats, and bunions.

Jessica thinks her life is over when she loses a leg in a car accident. She’s not comforted by the news that she’ll be able to walk with the help of a prosthetic leg. Who cares about walking when you live to run? As she struggles to cope with crutches and a first cyborg-like prosthetic, Jessica feels oddly both in the spotlight and invisible. People who don’t know what to say, act like she’s not there. Which she could handle better if she weren’t now keenly aware that she’d done the same thing herself to a girl with CP named Rosa. A girl who is going to tutor her through all the math she’s missed. A girl who sees right into the heart of her. With the support of family, friends, a coach, and her track teammates, Jessica may actually be able to run again. But that’s not enough for her now. She doesn’t just want to cross finish lines herself—she wants to take Rosa with her. 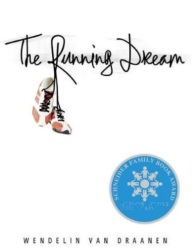 Hermione Granger is a Muggle-born, Gryffindor student who becomes best friends with Harry Potter and Ron Weasley. From the start of the series Hermione is a strong female lead and really shows her inner go-getter with her drive to succeed. She saves Harry and Ron countless times during the series, but her most heroic act is saving her parents.