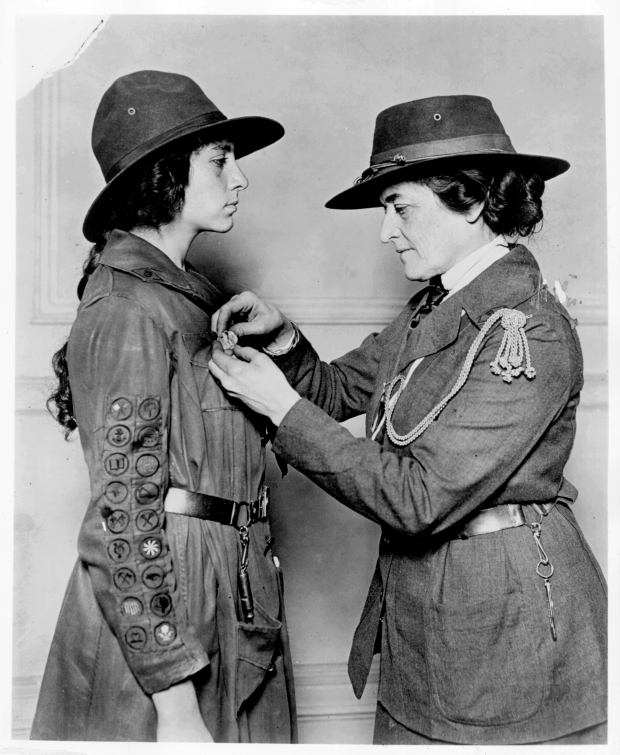 As we celebrate the founding of our Movement, we recall how one of the most important aspects of Girl Scouts came to be. In the early 1900s, Juliette Gordon “Daisy” Low had been travelling around visiting friends and family in Europe following the death of her husband. Because Scotland was one of her favorite places, she found an old estate to rent called Lochs, where she could host guests of her own. As her friendship with the Baden-Powell (founders of the Boy Scouts) family grew, she was inspired to form her first Girl Guides troop in Glen Lyon.

The Law of the Girl Guides grew out of the fundamentals of Boy Scouting as Daisy’s friend Agnes Baden-Powell set out to organize a girl’s version of Scouting at the request of her brother. In May of 1912, the first Girl Guides handbook, “How Girls Can Help to Build Up the Empire” was published. Daisy felt the principles of the Law resonated with the values instilled in her by her own family while growing up in Savannah, Georgia.

Daisy saw the “rules and pastimes” as a positive influence on all youth, and found it easy to commit herself totally to the work of Guiding. The promise of skills development, lasting friendships, good role models, and an increased sense of patriotic duty formed the basis of an organization that our Founder and others saw as relevant and useful to all girls, regardless of their background. Ultimately, she would bring it home to America, creating a legacy that has captured the hearts and minds of young girls and women for more than a century.

From the start of our Movement, the Law was issued to govern how girls should conduct themselves in everyday life so that by their words and deeds, they would be known to the world as Girl Scouts. The Girl Scout Law may be worded differently today, but it still contains ten principles of honor that remain the foundation for how we work, play, learn and live. In the Brownie handbook from 1977, Girl Scouts offers this guidance about our Law, saying, “The Girl Scout Law is something for you to try to live up to every day. It should become part of your life. If you want to understand the meaning of the Law, it is important to take some time to think about it.”

Read how the words of the Girl Scout Law have changed throughout our 105 years!

The Laws of the Girl Scouts – Scouting for Girls, 1920

I will do my best:

I will do my best to be
honest and fair,
friendly and helpful,
considerate and caring,
courageous and strong, and
responsible for what I say and do,
and to
respect myself and others,
respect authority,
use resources wisely,
make the world a better place, and
be a sister to every Girl Scout.

When you say the Girl Scout Law today, what parts inspire you in your daily life? How do you make the world around you a better place? Share your stories of how the Law changed you for the better in the comments!