By Catherine Locke, Volunteer and Former Board Member of USA Girl Scouts Overseas 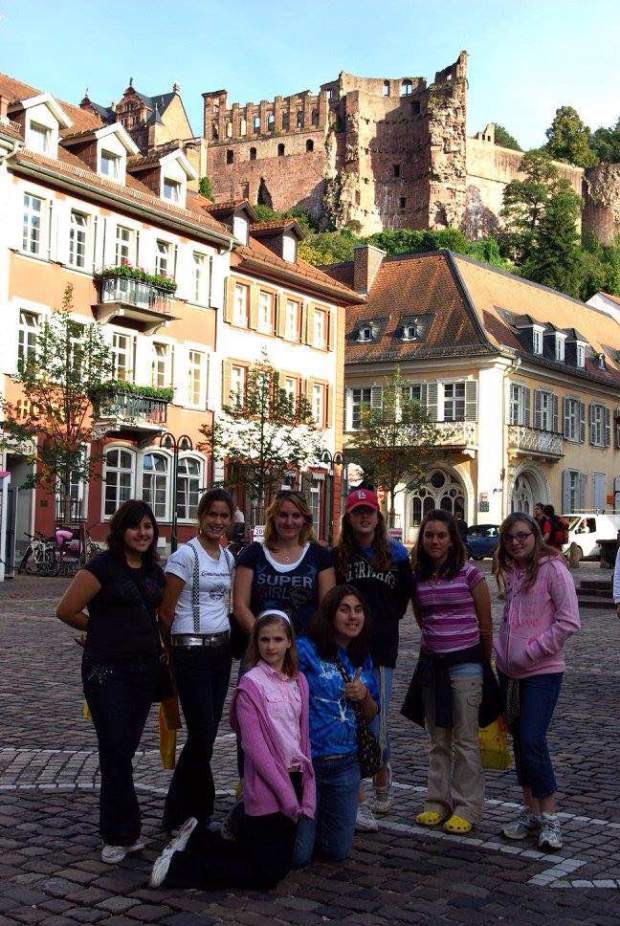 Special thanks to Kathleen Fitzsimmons and Ruth Miller for the great pictures.

Anytime a family decides to move it is tough– everyone is forced to give up things that are familiar and safe for the unknown. The unknown can include a new job, a new town, a new neighborhood, a new house, a new room, new friends, a new school and so on.

Toss in a move overseas to a foreign country, and now you have something many of our Girl Scout families in the military are faced with! With a move to a foreign country there are additional challenges to overcome: new language, new customs, and a new culture. The best thing you can do is “Keep Calm and Carry On.”

The phrase “Keep Calm and Carry On” was part of a propaganda campaign intended to be used during WWII by the British government. People in major cities were being threatened by massive attacks. The campaign was designed to increase morale, strengthen their faith and bring out the best in people.

“Keep Calm and Carry On” is now very common saying and as ubiquitous as the smiley face. And why not? It is a very catchy and positive phrase. It reminds us to remain steadfast in our lives and goals. To be strong. To do our best in the face of adversity. In essence, to be a Girl Scout!

Whether she is a daisy just starting her Girl Scout career, a girl with years of Girl Scouting on her sash, a leader who has come full-circle, or even a board-member who had just reconnected with the organization, it is possible to “Keep Calm and Girl Scout On” almost anywhere in the world.

In over 90 countries around the globe, girls can find troops to continue “carrying on” with Girl Scouting in ways that are familiar through USA Girl Scouts Overseas. Girl Scouts teaches girls how to survive, be strong and to lead. To see every challenge through the lens of optimism and hope. To turn the unknown into endless opportunities.

Endless opportunities abound for expatriate Girl Scouts. Yes, they participate in activities, just like their US counterparts. But camp is held in the Swiss Alps. Hiking is in the Welsh countryside. Her first cooking lesson may be in Japan. A Girl Scout troop may have the privilege of participating in the 60th Anniversary of DDay ceremony in Normandy, France. They may host World Thinking Day at a palace in Singapore.

Moving has its ups and downs. And USA Girl Scouts Overseas can provide some stability – and opportunities – during these tough transitions. And with a positive attitude and the ability to “Keep Calm and Girl Scout On” the transition is not only doable and but also life changing.

Catherine Locke recently relocated to the Raleigh area from England where she lived with her husband and son for the last 3 years. Catherine has served on the Executive Board of Director for Girl Scouts for the Sahauro Girl Scouts in Tucson Arizona as well as the USA Girl Scouts North Atlantic Overseas Councils. Professionally she has worked in marketing and public relations for the government, telecommunications, tourism and the retail industries. Welcome to North Carolina, Catherine!