It’s Girl Scout Week! Girl Scouts was founded on March 12, 1912, and each year we celebrate all week long with some awesome activities! It serves as a special time for Girl Scouts to reflect on the history of the Movement, how far we have come, and how we continue to build girls of courage, confidence, and character that make the world a better place.

In honor of our 108th birthday, we are sharing 8 things you didn’t know about Girl Scouts!

1. Girl Scouts of the USA has troops in over 92 countries through the USA Girl Scouts Overseas program! The goal of USA Girl Scouts overseas is to help girls whose families are relocating outside of the USA the opportunity to maintain the same excitement, fun, and adventure as their Girl Scout sisters back home. The first overseas troop was founded in 1925 in Shanghai, China.

2. Girl Scouts of the USA has many famous alumnae. These amazing women include Taylor Swift, Hilary Clinton, Venus and Serena Williams, mother-daughter actresses Debbie Reynolds and Carrie Fisher and more! 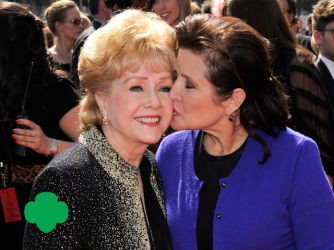 3. SWAPS stands for Special Whatchamacallits Affectionately Pinned Somewhere. SWAPs are a Girl Scout favorite, with troops all across the country making and exchanging them as they make new friends. Many girls with pin their swaps to their vests and sashes and some even create special SWAP hats!

5. The first troop to sell cookies to raise money was located in Muskogee, Oklahoma in 1917. The troop began by baking homemade sugar cookies and selling them at their high school cafeteria during lunch to raise money for their troop activities. The first official GSUSA cookie program was launched in 1936.

6. The Highest Award has gone by 4 different names! While always recognizing girls for their outstanding work and contributions to their communities GSUSA’s highest award has gone by many names. The award was first presented in 1916 as the Golden Eaglet before becoming the First Class in 1938. In 1940 the name changed to the Curved Bar and would remain that way until 1963 when it would return to being the First Class. The final name change occurred in 1980 when the term Girl Scout Gold Award was coined.

7. Juliette Gordon Low lost much of her hearing due to a grain of rice. Immediately following her marriage to William Low guests at the ceremony participated the tradition of throwing rice at the departing couple for good luck. A piece of this rice lodge itself in Juliette’s ear causing an infection and operation that caused significant damage to her hearing.

8. Shortbread is GSUSA’s oldest cookie. The first national cookie program and the licensing of Girl Scout cookies began in 1936 with the Trefoil shaped shortbread cookie, much like the one we see today! Next up would be the Chocolate Mint (or the Thin Mint) which debuted in 1951.

Got a fun fact you would like to share? Leave it in the comments below! And make sure to get involved in our Girl Scout Spirit Week activities by visiting our Facebook!